Highland Council has launched an additional consultation on the proposal to sell for development the whole of the Sandown Lands, a major asset of Nairn’s Common Good.

This is described as a follow-up to the previous public consultation held in January-February 2021.  In that exercise both CCs opposed the proposal, reflecting the consensus view expressed in discussion at their regular meetings.

This first statutory consultation completed in early 2021 attracted a respectable 98 public responses from local residents and provided a conclusive verdict (85 from 98 respondents expressed clear  opposition to disposal by sale of this Common Good Asset at this time).

In June 2021, Highland Council recognised that consultation exercise as “comprehensive” and valid.

In September 2021 however, Highland Council announced that they proposed to hold a further consultation.  This was presented as an effort to engage sectors of the community who had not responded to the original exercise.  It was also announced that an unidentified, unelected “reference group” would be established to advise and assist in this process.

Both CCs consider this further or additional consultation to be unjustified and the process flawed.  We continue to believe firmly that the single option proposed – to give Highland Council discretion to sell the entire Sandown Land site for development – is not in the best interests of the community of Nairn.

We regard the proposal as ill-timed and unlikely to represent best value.  In our view, a full range of alternative options for the management and long-term future of the town’s most valuable asset should be publicly debated, and all options assessed, before any plans or recommendations are put forward for the community’s consideration and comment.

However as this second consultation on the proposed sale of Sandown has now been launched, local residents of the burgh of Nairn – especially those who did not participate in the previous consultation exercise – have a further opportunity to express a view.

The deadline for comments is 31 January 2022.  Responses can be submitted using an online form [https://forms.office.com/r/ru2YizkLec (external link)],  prepared by Highland Council which consists of a limited set of prepared questions;  or by letter or email to Sara Murdoch, at sara.murdoch@highland.gov.uk or posted to her at Highland Council, Glenurquhart Road, Inverness IV3 5NX.

Nairn West & Suburban Community Council will be holding their first public meeting for 2022 on Monday 24th January 2022 by Zoom [ due to Covid guidance] commencing at 7pm.   If you would like to attend please request the zoom link by using the Contact Us form.   The minutes for the last meeting - November 2021 can be found here.   The Agenda is here  If you have concerns or issues that you would like to raise , comment on or request us to look into on your behalf, please also use the Contact Us form.

Response to CCTV Operations in Nairn

Due to construction of the new CAB building there will be a temporary closure of car parking spaces. Temporary... 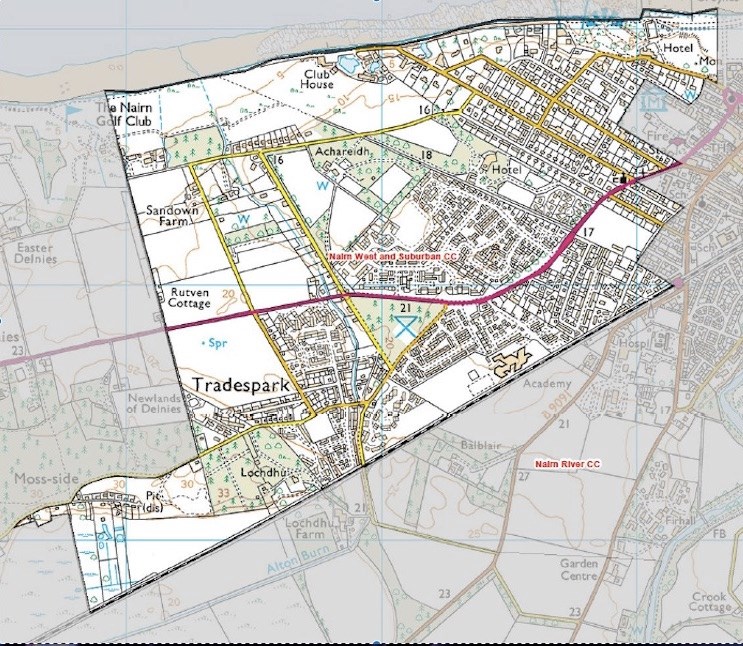 Would you like to be part of the Nairn West and Suburban Community Council whose general purpose is to act as a voice for our designated area in Nairn?

This involves articulating views and concerns of     local people on a wide range of issues of public concern and making representations to The Highland Council,  other public bodies and      private agencies within their sphere of interest.

The Community Council (CC) category presently available for you to consider joining (applying for) is as a co-opted member.

This category  gives the member full voting rights apart from voting on co-option of members.

There is a monthly public meeting September through to May,  in addition there are Operational    agenda  discussions to discuss new and ongoing topics the CC is working on.  The Annual General meeting is  normally held before the May ordinary meeting annually.

To operate effectively a CC needs a mix of ages, good feedback via the members and a willingness to listen to others viewpoint.

If this has created a glimmer of interest and you would like to find out more, please make contact via the NWSCC website leaving a telephone number.    One of us will return your call (it may take a few days) and answer your questions allowing you to make an informed decision.

[There is a wee bit more information on the function of a Community Council on our About page.]